We use cookies on our website. They help us get to know you a little and how you use our website. This helps us provide a more valuable and tailored experience for you and others.

You can revoke cookies at anytime at the bottom of the page.

In this ‘Kayzr League’, teams of gamers will compete in the tactical shooter Counter-Strike and in the car soccer game Rocket League. They will have the opportunity to win a portion of the €6.400 prize pool and a ticket to a – for now – unspecified ‘mystery event’. The contestants are mainly non-professional Belgian gamers, often with the ambition to rise in ranks in this new and exciting world.

“With this event, we aim to boost the breakthrough of eSports (i.e. competitive gaming) in Belgium”, says Davy De Groote, eSports marketer of Kayzr. “Today, competitive gaming is a huge sport that attracts 385 million viewers worldwide, of which about half are regular viewers. Analysts claim that the portion of regular viewers will have grown by 50% by 2020.  Furthermore, the prize pools of eSports contests abroad are usually high enough to make the winners instant millionaires. If Belgium doesn’t want to lag behind, it will have to jump on the bandwagon as soon as possible.”

The players first have to go through the qualifying rounds on the eSports platform of Kayzr. In the last phase, six teams will compete in two seasons of four weeks each. Every season has its own finals, of which the first one will be held at the October edition of FACTS, in Flanders Expo Ghent.

The fact that FACTS, the biannual fantasy and sci-fi event, is cooperating in this adventure, makes both parties excited. “FACTS is putting great effort into further integrating video games in all its aspects”, says Anthony Audenaerd, FACTS marketing manager and spokesperson. “We welcome 75.000 visitors a year to our convention and nearly all of those fans are in love with the gaming culture, so it’s going to be a great party. FACTS will have a full Gaming Hall with the newest video game releases, the biggest gaming companies and new and nostalgic gaming experiences, but a full-fledged eSports event will be the cherry on an already delicious cake.”

The Fall Edition of FACTS will take place on the 21st and 22nd of October, in Flanders Expo Ghent. For more info, go to www.facts.be and www.kayzr.com/kayzr-league.

Kayzr is the biggest eSports platform in the Benelux, with over 22.000 registered users. On Kayzr, numerous online tournaments of the most popular and largest eSports are being hosted every day. Every player earns ‘Kayzr Coins’, a local currency which they can spend in the Kayzr webshop, linked to Kayzr partners. Since eSports and gaming are no longer just simple pastime, but evolving to full-grown spectator sports, Kayzr now also focuses on offline events. The Kayzr League finals at FACTS Comic Con are a prime example. Website: https://www.kayzr.com/kayzr-league

Kayzr is part of incubator The Birdhouse, where young and innovative entrepreneurship receives support.

FACTS is the largest pop culture festival in the Benelux, the home of all things Fantasy, Animation, Comics, Toys, Sci-Fi, Games and Cosplay. This event is held biannually (April & October) in Flanders Expo, Ghent. Annually, it attracts 75.000 fans. For more info: http://facts.be/

Counter-Strike Global Offensive is a strategic first-person shooter. Two teams (counter-terrorists and terrorists) take each other on in a strategic and cooperative battle to reach the set goals of the match.

Rocket League is the newest hype in the eSports world. Developer Psyonix itself describes the game as a ‘soccer game with rocket powered cars’. 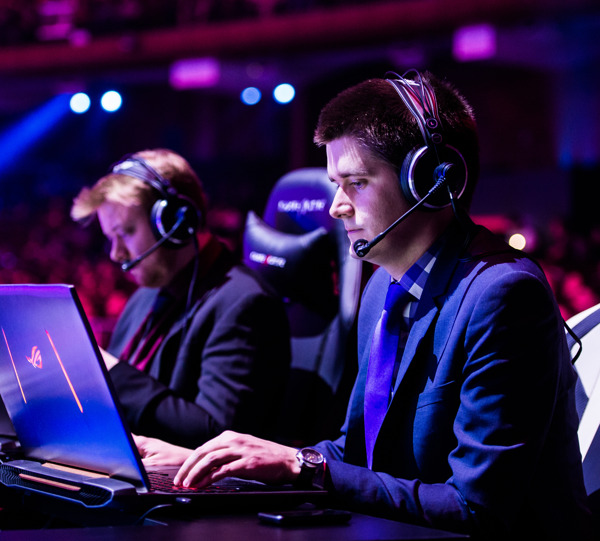 FACTS, Your Belgian Comic Con, is not just a convention, it’s another dimension. FACTS is the biggest pop culture event of the Benelux that brings together the best of movies, series, games and superheroes, allows all its aspects to spring to life and unites a wide array of pop culture fans.

Twice a year, the FACTS Flagship docks at the halls of Flanders Expo in Ghent to present its riches in the form of world-famous actors, international comic artists, thousands of fans dressed up as fictional characters, 50.000+ square meters of surprising activities, and 250+ exhibitors with geeky merchandise and collector’s items.

FACTS has been around since 1993 and has almost 30 years of know-how in the comic con world. On top of that, this event is backed by ‘Heroes’, a European network of 11 pop culture events spread across Belgium, The Netherlands, Spain and Sweden. The Belgian event ‘Made in Asia’, for example, is one of those sibling events.

The next editions are held on April 4-5 April & October 17-18, 2020, in Flanders Expo Ghent. If you’re even remotely a fan of fantasy, science fiction, comics, anime, cosplay, video games, board games, films and TV series, then FACTS is a phenomenon that should be on your bucket list.